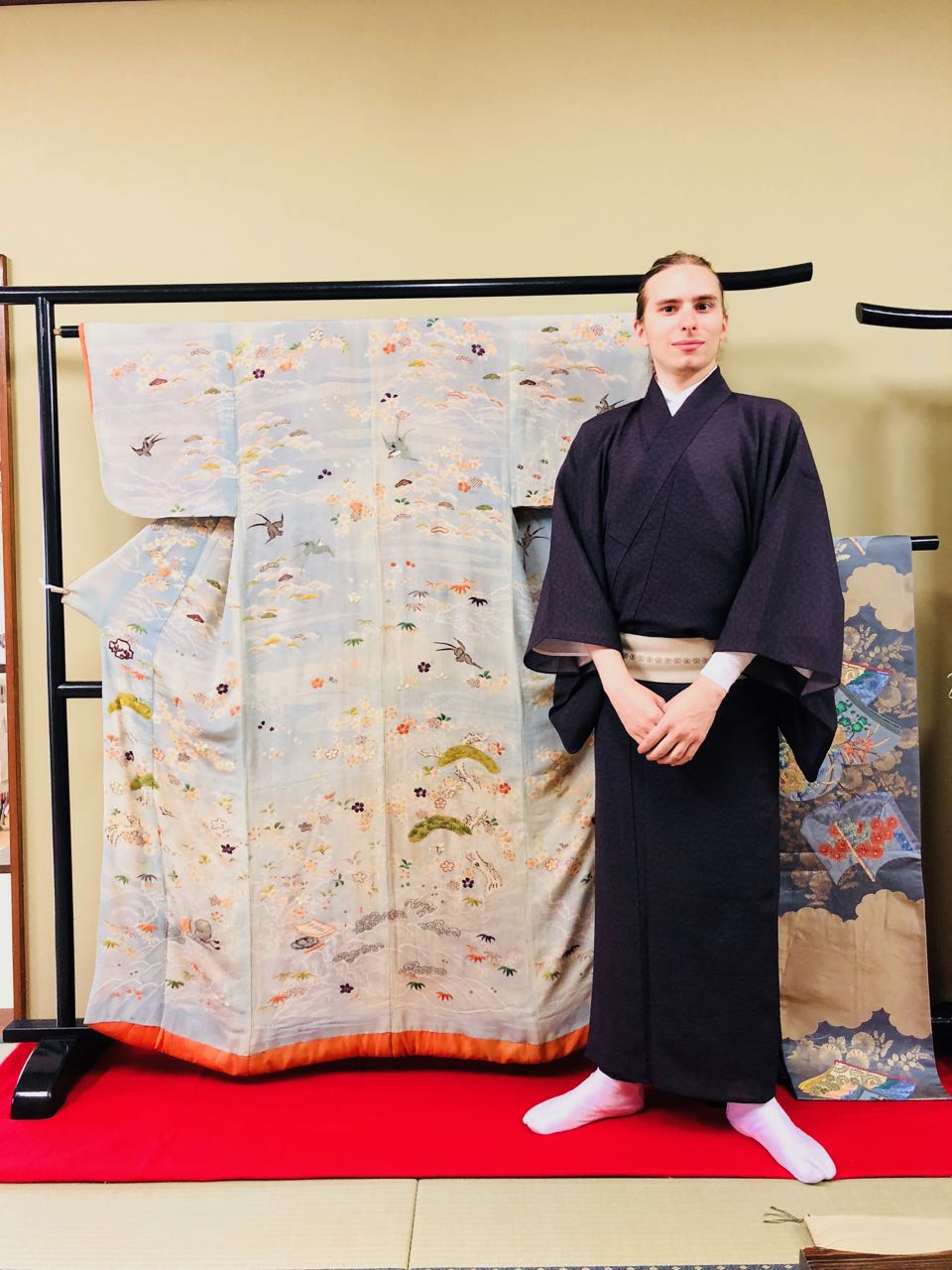 A young Frenchman who was interested in Japanese culture had started to learn Japanese in language school in Japan after finishing high school in France.

While studying Japanese, he was fascinated by Japanese culture and decided to go to Japan again using the working holiday system. He landed in Japan and looked for a job. A company running used Kimono shops in Asakusa, which is a famous area for ancient temples and a tourist spot in Tokyo were looking for staff who could speak English. He can speak English and is a native speaker in French. He started to work in a Kimono-shop in a famous traditional tourist spot

In the beginning, he was not so interested in Kimonos. But he wasn’t so busy, despite the shop being located in a crowded tourist spot. This is because Kimonos are not so cheap. He had a lot of free time and started to appreciate Kimonos in the shop and was fascinated by the design of old Kimonos.

After 1 year, He was no longer satisfied just working at the Kimono shop. He visited our office when his working holiday period was ending and asked us if he could use the program Tokyo city provided. Of course, it’s available. But he needed to go back to France once. The reason is that the Tokyo city program requires the applicant to be fresh. This means that the applicant does not have any residence status.

After his return, we performed the procedure together step by step. The visa was issued quickly and the procedure itself was not so difficult. However, it was hard to look for a good facility in Asakusa.
He could not find a facility in Asakusa, but there was a nice facility in Shibamata which was well known as a traditional atmosphere in the same way as Asakusa and he became owner of his own shop. The name of the shop is “今昔きもの小路” which means “Now and then “Kimono” alley“

Visit his kimono shop. You can appreciate beautiful antique Kimonos and enjoy walking around the traditional town wearing “Kimono”.

The program provided by Tokyo city, the official name of which is “Program to increase foreign entrepreneurs”. It is the most efficient way to open a business in Japan. We can support you throughout this process.